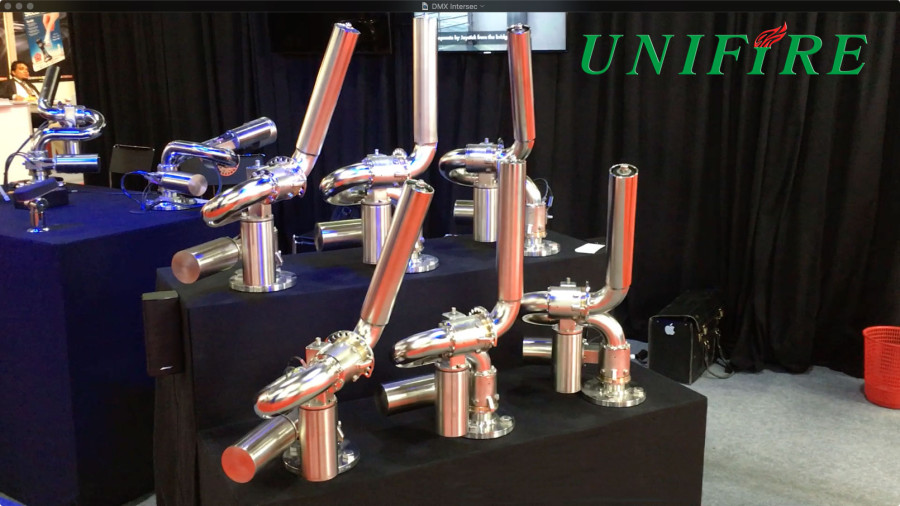 The rapid pace of improved technology is bringing dramatic changes in products across nearly all industries.

It should come as no surprise, then, that the nozzle industry is beginning to see a new generation of robotic nozzles, which are now at an unprecedented level of sophistication.

Since 2014, the term “robotic nozzles” began emerging to describe  this new generation of what have traditionally been called remote controlled monitors or remote control water cannons.

But what defines robotic nozzles and how are they different from the traditional remote controlled water cannons and monitors that they are beginning to replace?

Unlike the predecessor generations of remote control monitors and water cannons, robotic nozzles are articulated robots, which meet the ISO definition of “industrial robots” (apart from being designed to manufacture). Robotic nozzles have all of the following characteristics:

(For still further detailed information about the many advantages of brushless motors over brushed motors, see Wikipedia.)

Because of this, robotic nozzles are now being sold and marketed to not only all of the traditional markets for remote controlled monitors and water cannons—such as all types of firefighting applications, wash down and dust suppression at mining operations, for fountains, at zoos for large animal cleaning, police riot control vehicles for  humane methods of crowd control, non-lethal self-defense systems to guard against pirate attacks on ships, luxury yachts and off-shore facilities, and others—but also for new advanced systems, which were previously either very expensive, cumbersome, impractical or even impossible to devise until now. 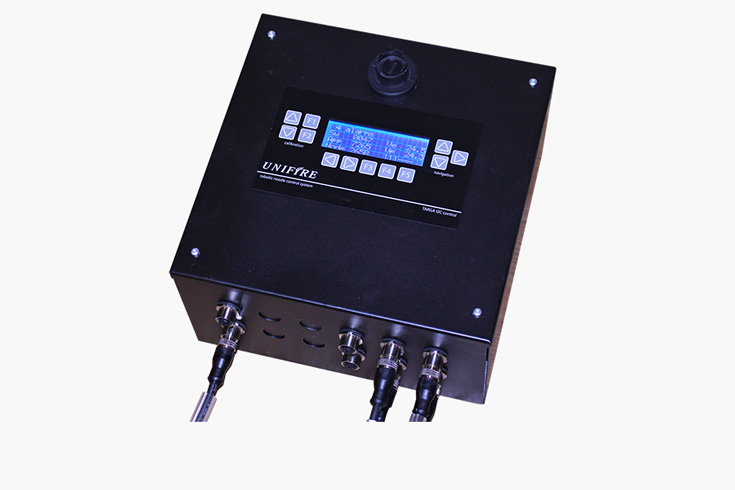 Example of an advanced robotic nozzle electronics box (PLC) for controlling the robots’ brushless BLDC motors and for hookup to other peripheral devices and systems. Image courtesy of Unifire AB.

An example of an advanced, fully automatic robotic nozzle system developed by Swedish robotic nozzle manufacturer, Unifire AB. According to Unifire, the system is capable of automatically detecting a fire, finding and tracking its position in real time and in three dimensions, and guiding the nozzles to spray water or foam with precision onto the fire. Moreover, any conceivable spray pattern can be applied to the fire by programming. A new challenge, the company says, is to determine the best practices in how to most effectively program the spray patterns to be applied to the fire.

Another example expected to be introduced this year is the ability to control robotic nozzles with your smart phone, tablet, laptop or even over the Internet. At least one manufacturer has confirmed a working prototype expected to be commercialized in the first half of 2015. 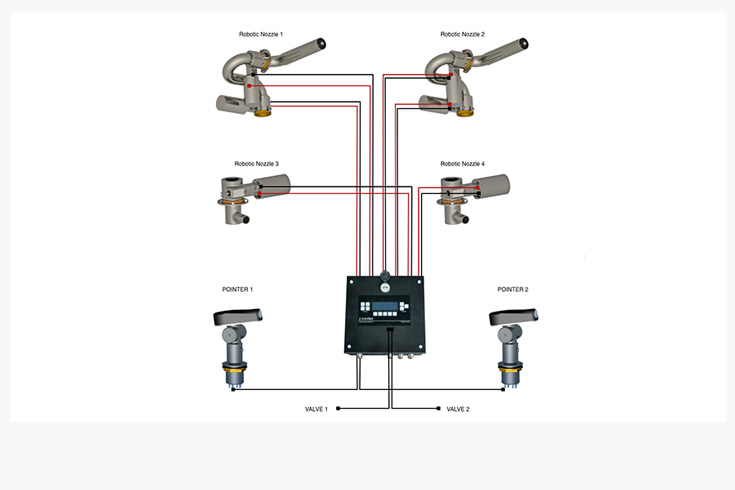 Due to the many benefits of robotic nozzles over conventional firefighting monitors, it is likely that robotic nozzles will see a rapid growth in sales in the near term and will replace traditional, brushed motor type monitors and water cannons in the not-too-distant future.